Good morning, ladies and gentlemen. My name is Art Benjamin, and I am a “mathemagician.” What that means is, I combine my loves of math and magic to do something I call “mathemagics.”

But before I get started, I have a quick question for the audience. By any chance, did anyone happen to bring with them this morning a calculator? Seriously, if you have a calculator with you, raise your hand. Raise your hand. Did your hand go up? Now bring it out, bring it out. Anybody else? I see, I see one way in the back. You sir, that’s three. And anybody on this side here? OK, over there on the aisle. Would the four of you please bring out your calculators, then join me up on stage. Let’s give them a nice round of applause.

That’s right. Now, since I haven’t had the chance to work with these calculators, I need to make sure that they are all working properly. Would somebody get us started by giving us a two-digit number, please? How about a two-digit number?

AB: 594. Let’s give three of them a nice round of applause there.

Would you like to try a more standard calculator, just in case? OK, great. What I’m going to try and do then — I notice it took some of you a little bit of time to get your answer. That’s OK. I’ll give you a shortcut for multiplying even faster on the calculator. There is something called the square of a number, which most of you know is taking a number and multiplying it by itself. For instance, five squared would be?

AB: 25. The way we can square on most calculators — let me demonstrate with this one — is by taking the number, such as five, hitting “times” and then “equals,” and on most calculators that will give you the square. On some of these ancient RPN calculators, you’ve got an “x squared” button on it, will allow you to do the calculation even faster. What I’m going to try and do now is to square, in my head, four two-digit numbers faster than they can do on their calculators, even using the shortcut method. What I’ll use is the second row this time, and I’ll get four of you to each yell out a two-digit number, and if you would square the first number, and if you would square the second, the third and the fourth, I will try and race you to the answer. OK? So quickly, a two-digit number please.

AB: 93 squared. Would you call out your answers, please?

Let me try to take this one step further. I’m going to try to square some three-digit numbers this time. I won’t even write these down — I’ll just call them out as they’re called out to me. Anyone I point to, call out a three-digit number. Anyone on our panel, verify the answer. Just give some indication if it’s right. A three-digit number, sir, yes?

Let me try to take this one step further.

I’m going to try to square a four-digit number this time. You can all take your time on this; I will not beat you to the answer on this one, but I will try to get the answer right. To make this a little bit more random, let’s take the fourth row this time, let’s say, one, two, three, four. If each of you would call out a single digit between zero and nine, that will be the four-digit number that I’ll square.

Now, I would attempt to square a five-digit number — and I can — but unfortunately, most calculators cannot.

Eight-digit capacity — don’t you hate that? So, since we’ve reached the limits of our calculators — what’s that? Does yours go higher?

Volunteer: I can probably do it. AB: I’ll talk to you later. In the meanwhile, let me conclude the first part of my show by doing something a little trickier. Let’s take the largest number on the board here, 8649. Would you each enter that on your calculator? And instead of squaring it this time, I want you to take that number and multiply it by any three-digit number that you want, but don’t tell me what you’re multiplying by — just multiply it by any random three-digit number. So you should have as an answer either a six-digit or probably a seven-digit number. How many digits do you have, six or seven?

Seven. Is there any possible way that I could know what seven-digit numbers you have? Say “No.”

Good, then I shall attempt the impossible — or at least the improbable. What I’d like each of you to do is to call out for me any six of your seven digits, any six of them, in any order you’d like.

One digit at a time, I shall try and determine the digit you’ve left out. Starting with your seven-digit number, call out any six of them please.

AB: Did you leave out the number 6?

Good, OK, that’s one. You have a seven-digit number, call out any six of them please.

Same as she did, OK. You’ve got a seven-digit number — call out any six of them loud and clear.

I think you left out the number 3?

AB: That’s three. The odds of me getting all four of these right by random guessing would be one in 10,000: 10 to the fourth power. OK, any six of them.

Really scramble them up this time, please.

Did you leave out the number 7? And let’s give all four of these people a nice round of applause. Thank you very much.

(Applause ends) For my next number —

while I mentally recharge my batteries, I have one more question for the audience. By any chance, does anybody here happen to know the day of the week that they were born on? If you think you know your birth day, raise your hand. Let’s see, starting with — let’s start with a gentleman first. What year was it, first of all? That’s why I pick a gentleman first.

Good. Somebody else? I haven’t seen any women’s hands up. OK, how about you, what year? 1949, and the month? October what? Fifth — was that a Wednesday? Yes! I’ll go way to the back right now, how about you? Yell it out, what year?

Sixth — was that a Friday? Audience: Yes.

Good, how about the person behind her? Call out, what year was it?

Audience: May. AB: May what?

Seventh — would that be a Wednesday?

Anybody here who’d like to know the day of the week they were born? We can do it that way. Of course, I could just make up an answer and you wouldn’t know, so I come prepared for that. I brought with me a book of calendars. It goes as far back into the past as 1800, because you never know.

I didn’t mean to look at you, sir — you were just sitting there.

Anyway, Chris, you can help me out here, if you wouldn’t mind. This is a book of calendars. Who wanted to know their birth day? What year was it, first of all?

I believe that was a Sunday. Can you confirm, Chris?

AB: Was that a Sunday?

Good, thank you very much.

But I’d like to wrap things up now by alluding to something from earlier in the presentation. There was a gentleman up here who had a 10-digit calculator. Where is he, would you stand up, 10-digit guy? OK, stand up for me just for a second, so I can see where you are. You have a 10-digit calculator, sir, as well? OK, what I’m going to try and do, is to square in my head a five-digit number requiring a 10-digit calculator. But to make my job more interesting for you, as well as for me, I’m going to do this problem thinking out loud. So you can actually, honestly hear what’s going on in my mind while I do a calculation of this size.

Now, I have to apologize to our magician friend Lennart Green. I know as a magician we’re not supposed to reveal our secrets, but I’m not too afraid that people are going to start doing my show next week, so — I think we’re OK.

Let me explain to you how I’m going to attempt this problem. I’m going to break the problem down into three parts. I’ll do 57,000 squared, plus 683 squared, plus 57,000 times 683 times two. Add all those numbers together, and with any luck, arrive at the answer. Now, let me recap.

While I explain something else —

While I do these calculations, you might hear certain words, as opposed to numbers, creep into the calculation. Let me explain what that is. This is a phonetic code, a mnemonic device that I use, that allows me to convert numbers into words. I store them as words, and later on retrieve them as numbers. I know it sounds complicated; it’s not. I don’t want you to think you’re seeing something out of “Rain Man.”

There’s definitely a method to my madness — definitely, definitely. Sorry.

If you want to talk to me about ADHD afterwards, you can talk to me then. By the way, one last instruction, for my judges with the calculators — you know who you are — there is at least a 50 percent chance that I will make a mistake here. If I do, don’t tell me what the mistake is; just say, “you’re close,” or something like that, and I’ll try and figure out the answer — which could be pretty entertaining in itself. If, however, I am right, whatever you do, don’t keep it to yourself, OK?

(Applause) I hope you enjoyed mathemagics. 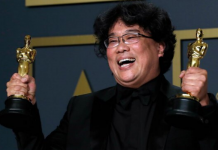 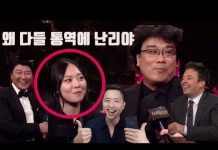 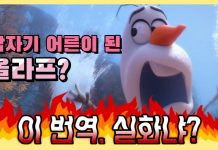